Nexus 5 Review, When it comes to defining the best Android phone, there’s something of a debate raging – is it the handset with the fanciest features, the cheapest, or the one that’s just the easiest to customise? With the Google Nexus 5, it’s a little of each, so there’s a lot to enamour consumers looking to get their hands on a great value smartphone. Starting at £299 for the 16GB iteration, this is a phone that’s been made to Google’s specification by LG, and then subsidised heavily by the search giant in a bid to get a strong smartphone into the hands of consumers. The strengths are obvious: screen technology from LG brings with it a high-resolution Full HD screen in a 4.95-inch package, so you can browse the web, watch movies and generally look at Google’s all-new icons in a razor sharp 445ppi. The processor under the hood is premium, too. Qualcomm’s lauded Snapdragon 800 CPU offersnot only high power and efficient processing, but strong battery performance as well. That’s a claim that’s going to be heavily tested on the Nexus 5, because it only packs a 2,300mAh battery, while other brands offer over 3,000mAh to keep their phones chugging along.

It’s all about the feel 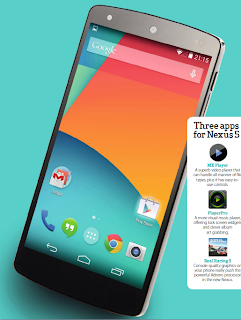 In terms of design, the Google Nexus 5 manages to achieve the odd combination of both feeling premium and solid in the hand, while also living up to its cheaper price tag. The build quality is solid, with no removable parts (bar the locked-in SIM tray), making theNexus 5 feel well packaged. The camera sensor is verging on the iconic, thanks to the large protruding ring, which seems a little unnecessary given that, while there’s a lot of tech in there, it’s not enough of a raise to really pack more in. More likely is that the ring is there to stop the glass of the lens getting scratched when laid down on a table, which makes sense and doesn’t really detract from the phone’s overall feel. What does irk is the material – it’s a kind of rubberised plastic, and makes the phone feel neither glossy, sophisticated nor premium in ways other polycarbonate-clad devices manage. It’s not terrible, but particularly if you pick up the white version, you’ll really notice that it’s made out of plastic, albeit a fairly robust material. One of the main reasons users will want a Nexus device is the ability to get their hands on the latest version of Android before anyone else, thus getting the new ideas that Google is plugging on its OS. Android 4.4 (or KitKat, thanks to a tie-in with Nestlé) is quite a large step forward for Android users, because it adds elements that really improve the navigation experience. For instance, when reading a book or watching a movie, the navigation and notification bars disappear so you get the most out of that gloriously large screen. On top of that, Google has finally engineered Android to make full use of the display in standby mode by letting wallpapers extend through the notifications bar at the top and the system buttons at the bottom of the screen. This doesn’t sound like much, but comparing this version of Android with previous iterations makes KitKat feel a lot more complete and visually attractive. Other key tweaks include being able to see your most important people at the top of your contacts list, and the Nexus 5 looks around for local business numbers when you get a call from someone unknown – you can even reverse this trick to essentially give you the Yellow Pages right in your phone dialler.

The need for speed
We’d like to give a special mention to the speed with which the Nexus 5 operates – it’s really rather impressive. Thanks to that Qualcomm Snapdragon chipset and the enhanced Android OS (which makes scrolling and registering touch that much faster), you can really feel that the Nexus 5 responds to your commands better than many other Android phones. There are some instances where the phone slows a little, be it through really high-power games or when whizzing about the internet, but these are nothing out of the ordinary and can be explained by extraneous factors rather than the processor slowing down. However, it seems that this speed comes at a cost – we were worried about the battery holding up, given the smaller capacity on offer, and it seems those issues have been borne out. We’re not talking ‘breathe and you’ll be at 0%’, but battery life is lower than rivals in similar tests. It seems the Nexus 5 may struggle to last the day in most medium-use scenarios, which is a shame given there’s so much on this phone that we like to play with. The screen, as we’ve mentioned, is really clear and crisp – it’s not quite in the same league as the LG G2, but it’s very easy to read words on the screen and movies look really great, too. The brightness can wash things out a little bit, which is a shame because the auto setting is quite dark to start with, but we really like the combination of colour and clarity that LG has managed with the all-new Google Nexus 5.

Not so snap happy
The camera on the Nexus 5 is something of a mixed bag. It’s an 8MP snapper, which might not appeal to ome when there’s a number of 13MP-plus handsets out on the market. But there’s more to the phone than just a number – it also has optical image stabilisation (OIS), which automatically helps remove blur from hotos and unwanted judder during videos as well. The on-board user interface is pretty useful as well, with a clever floating arc system that allows you to move through the menus from anywhere on the display. lements such as HDR+ are a nice addition, too, because the Nexus 5 can quickly enhance your photos to get the optimum balance of brightness and darker scenes to give a really great impression. However, the overall quality of the pictures you take is only middling. As with so many cameraphones, the Nexus 5 works really well in optimum conditions, such as a bright day with distinct colours, but move too far from that scenario and things start to get a little noisier. It’s still a lot better than a number of other cameraphones, and it’s surprisingly good at maintaining detail in digital zoom, so you can get up close to objects even after the picture is taken. The Nexus 5 also has a really fast shutter speed, making it great for grabbing a snap from a moving scene, but it still doesn’t pack the awesome power and mode choices of the Nokia Lumia 1020 or LG G2, for instance.

Is it a must-have?
The Google Nexus 5 should be right at the top of your list when considering buying a top-end smartphone, and not just because it comes with a really low price – although £299 for a phone that rivals the iPhone or HTC One for power can’t be sniffed at. The latest version of Android is a really good step forward, refining an already polished OS and giving users of HTC and Samsung, with their heavier skins, something to think about. This is a light and refreshing user interface, and while it’s slightly devoid of functionality in a few places (not being able to restart the phone from the power button, for example), it’s slick and easy to navigate. The icons and design updates, including transparent bars at the top and bottom, make the user experience much more holistic, and the improved speed through hardware and software is stunning. We do think some people will struggle with only 16GB of on-board storage and no expandable slot, as apps are getting larger these days and media is more popular than ever. You can stream the latter from the cloud, but users still enjoy
tangibility with their digital entertainment. But overall, this is something of a triumph from the LG/Google combination. A superb processor, low price and decent build make for a phone that the more considerate buyer should be thinking about as a strong alternative to the Samsung Galaxy S4 or HTC One.
Published by Unknown → 7:19 PM → Tulis Komentar 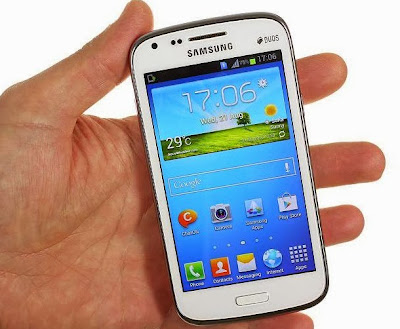 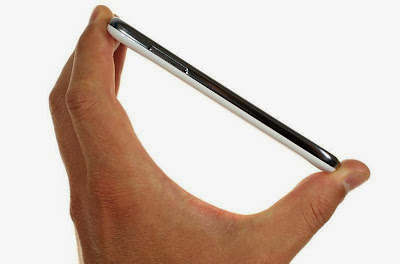 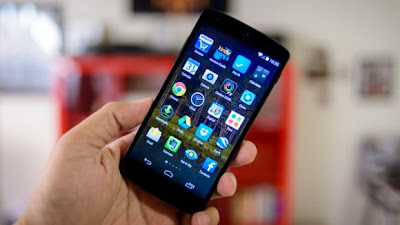 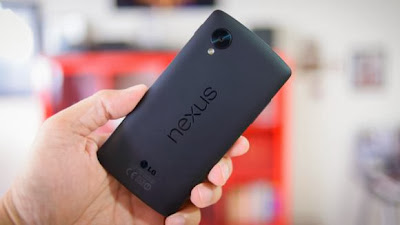 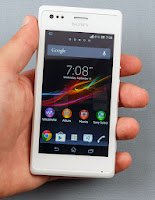 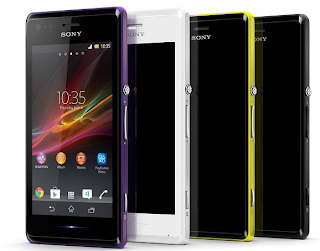